Remicade is a treatment often given to patients that suffer from inflammatory bowel diseases and have not responded to standard therapies.  The immune system responds to “invaders” in your body, like bacteria or viruses, by producing antibodies and putting them in action to fight off these “invaders.”  In patients with Crohn’s disease, tumor necrosis factor can cause the immune system to attack healthy tissues, which can cause inflammation and damage.  If left untreated, permanent damage might occur in the cartilage, bones and tissues.  Remicade works by recognizing, attaching to and blocking TNF-alpha.  While Remicade can’t cure Crohn’s disease, it can block the TNF that is causing the inflammation to reduce or alleviate symptoms.

Remicade is administered via IV infusion.  It’s a simple procedure that takes approximately two hours.  The medication is given by a healthcare professional in a supervised setting, which is typically a treatment center or a physician’s office.  After receiving your first dose of Remicade, follow-up infusions are given two weeks later and six weeks later.  The infusion process is a three step process.  The first step is preparation.  Your blood pressure, pulse and temperature will be taken.  Your weight will also be taken to ensure that you get an accurate dose of Remicade.  Secondly, the IV will be placed.  After you’ve been comfortably seated, the nurse will insert an IV needle into your arm.  The IV will be held on your arm with tape.  The most important step of the process is to relax.  Take the time to watch TV, read a book or rest.

Roughly, 700,000 people worldwide are being treated with a biological treatment known as Remicade.  Remicade is commonly used on patients who are suffering from conditions like Crohn’s disease, psoriactic arthrities, ulcerative colitis, ankylosing spondylitis and rheumatoid arthritis.  It’s used more than any other TNF-alpha treatment.  Over the last 13 years, Remicade’s safety profile has been evaluated through medical trials.

There have been reports of serious infections, including sepsis, tuberculosis and pneumonia and some have been fatal.  Inform your doctor if you have had recent or past exposure to those infected with TB.  You will then be evaluated for TB.  If you have inactive TB, your doctor should start TB treatment before you start using Remicade due to the fact that Remicade may lower your body’s ability to fight infections.  If you have a history of infections or develop any new signs of an infection such as fatigue, fever, flu or cough while taking Remicade, tell your doctor right away.  You should also inform your doctor if you have lived in a region where coccidiodomycosis and histoplasmosis are common.

Other fatal reports include those suffering from blood disorders.  Possible signs of blood disorders when taking Remicade are persistent fever, bleeding, bruising or paleness.  Disorders of the nervous system have also been reported.  If you have or have had a disease that involves the nervous system, tell your doctor immediately.  Also, inform your doctor if you experience any weakness, visual disturbances, tingling or numbness while taking Remicade.

Occurring more often than expected for people in general, there have been reports of blood cancer called lymphoma for patients on Remicade or other TNF blockers.  Patients who have been treated for Crohn’s disease, psoriatic arthritis, ankylosing spondylitis and rheumatoid arthritis are more likely to develop lymphoma.  Other cancers have also been reported.  Taking Remicade or other TNF blockers does increase your risk of developing lymphoma or other cancers.  If you have had or develop other cancers or lymphoma while taking Remicade, tell your doctor.

Patients taking Remicade may also develop serious infusion reactions including difficulty breathing, hives and low blood pressure.  Reactions have been reported both during and after infusions.  Following clinical studies, some patients developed common side effects such as respiratory infections, stomach pain, coughing or mild reactions to the infusion. 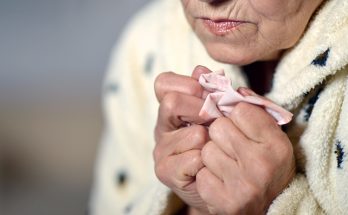